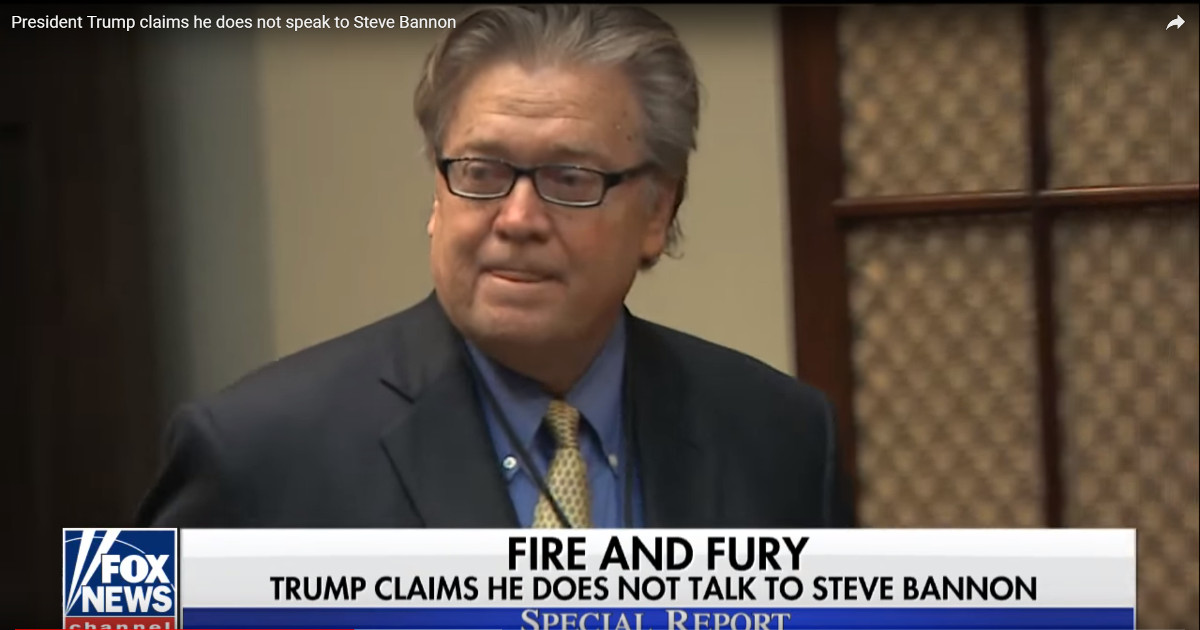 Steve Bannon was the executive chairman at Breitbart News before President Donald Trump tapped him to be his Senior Counselor and White House Chief Strategist at the beginning of his presidency. Then Bannon said one too many things and then at the urging of John Kelly, Bannon was urged to leave the White House.

Bannon has been a political commentator and analyst for years and was the first person to publicly predict that Trump would defeat Hillary Clinton for the White House.

Against the odds given by the mainstream media and Democrats, Bannon is predicting that if Trump continues to fulfil his campaign promises as he has been that Republicans will have a big victory in November and not only retain control of Congress but may pick up additional Senate seats.

(Constitution.com) – Is it too good to be true?

Normally, I’d just say that Bannon is partaking in some “wishful” thinking, but he’s also the man that predicted a Donald Trump victory long before anybody else believed it possible. Remembering that, makes me wonder if I can be a bit more hopeful and being to daydream about a GOP victory in November?

Latest: Is This Hillary Flunky’s Cryptic Tweet A Subtle Hint at His 2020 Vision?

I’m still dubious about a GOP “wave” but I am beginning to think that the Democrats will have their work cut out for them to win back the House. What was looking like a sure thing just a few months ago, is now a toss up, and the GOP certainly does have an opportunity to hold on to the House… which is something almost no one would have believed in the Winter.

In a discussion with ABC’s Jon Karl on This Week, Bannon told the host that he was “proud” of the work that President Trump has done so far and he believes that work will lead to a BIG GOP victory in the Midterms…

Bannon was known as a very vocal ultra-conservative and in the early days of Trump’s presidency, he as mis-labeled a white supremacist, but anyone who knows Bannon knows that was far from the truth. His crime was to tell the truth that it was militant liberals who started the violence in Charlottesville, not the white supremacists who were conducting themselves peacefully before they were intentionally attacked by the ultra-liberals.