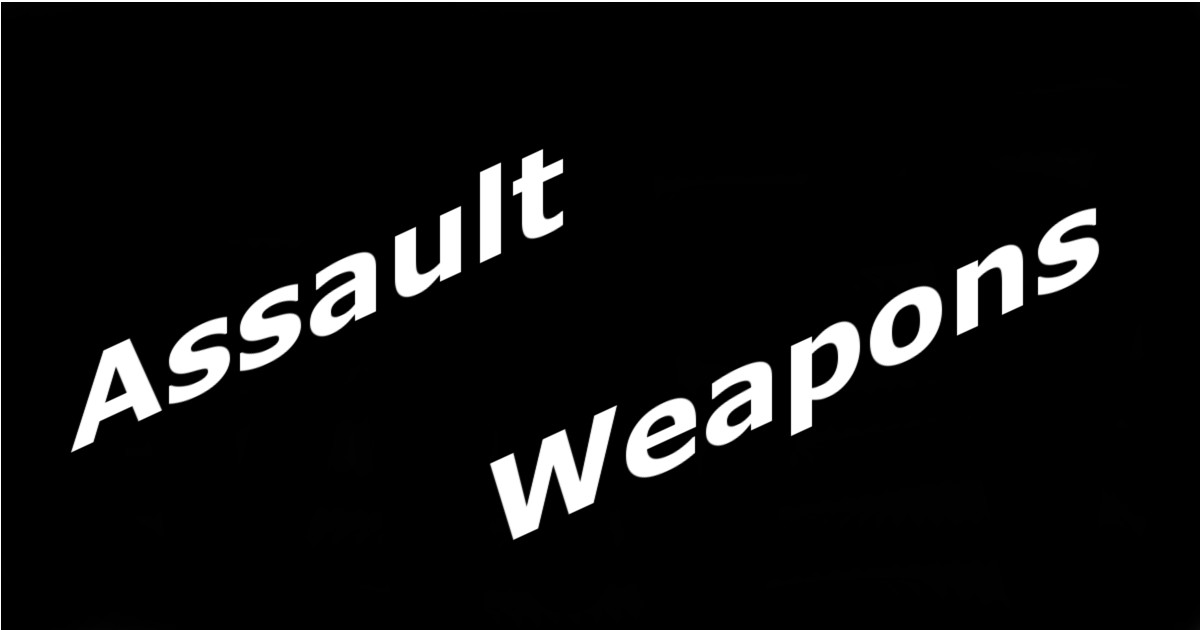 After the increased number of mass and school shootings in the past couple of years, we constantly hear gun control activists talk about assault weapons and the need to ban them.

The term assault weapon is a vague term with no real definitive meaning. Many confuse it with the term ‘assault rifle’ which is a term used by the military to refer to a shoulder fired medium sized rifle that has three modes of firing. The shooter can select a single shot per trigger pull, a three shot per trigger pull or the fully automatic mode that will continue to fire as long as the trigger is held.

The problem is, they have no idea what they are talking about. In some states, they have defined assault weapons as any semi-automatic firearm or firearms that can hold a magazine of more than ten rounds.

An example of how ignorant some anti-gun fanatics are, is Shannon Watts, the leader of Michael Bloomberg’s Everytown for Gun Safety. She recently tweeted a photo of a very dangerous gun as if it were one of her assault weapons she is so adamantly against. The gun in her photo was the Ruger Precision Rimfire Rifle, which looks fierce, but is actually a bolt-action .22 caliber rifle. Bolt action means that the shooter has to manually operate the bolt in order to eject a fired shell and then reload a live round into the chamber. This isn’t even a semi-automatic rifle and it only fires small .22 caliber shells ONE at a time.

I recently got into a discussion with an anti-gun liberal about the whole concept of assault weapon. When I tried to point out that the person really didn’t understand what an assault weapon was or wasn’t, he quickly told me that any weapon that can be used to assault someone is an assault weapon.

I proceeded to tell him that per his own definition of assault weapon, he uses some every time he sits down to eat or cuts a piece of meat, referring to both the knife and fork. I continued to point out that people assault others with screw drivers, hammers, vases, lamps, trophies, pipes, 2x4s and then pointed to his car and suggested he get into his assault weapon and drive away.

He was flabbergasted and then said I was being ridiculous and I pointed out it was his definition. He said he only meant firearms and I reminded him that wasn’t included in his definition of assault weapon and then tried to once again explain to him what an assault rifle was and that there isn’t any such thing as an assault weapon unless he wants to count all of the items I mentioned and more.

Many of these anti-gunners have no clue what they are talking about, but their ignorance just may prevail over our rights, but only if we let them.