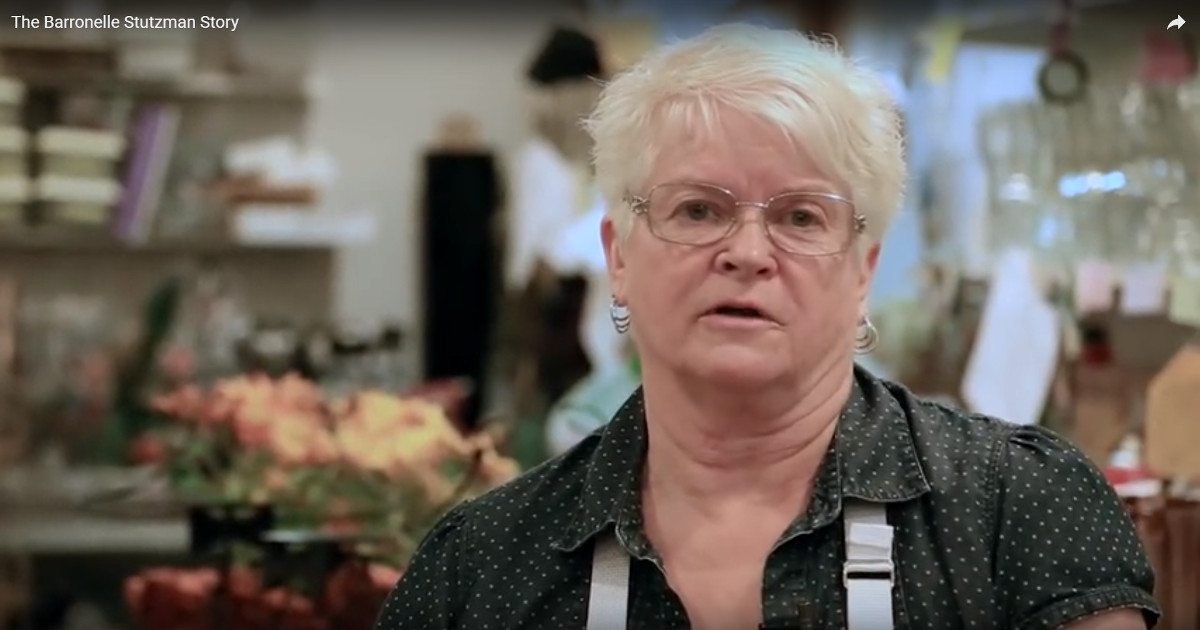 In 2013, florist Barronelle Stutzman politely refused to take an order for floral arrangements for a same-sex wedding ceremony. The customers had long frequented her shop, but she explained about being a Christian, but they filed a lawsuit against her anyway. The courts in the state of Washington, including the state supreme court found Stutzman guilty of violating the state’s civil rights law.

Her case was appealed to the US Supreme Court, who recently ruled in favor of a Christian baker. The nation’s high court vacated the conviction by the Washington State Supreme Court and then remanded the case back to the state supreme court for them to review the case in light of the Supreme Court’s ruling in the Jack Phillips’ case.

(Washington Examiner) – The U.S. Supreme Court has tossed out a state court ruling against a Washington florist who declined to make a floral arrangement for a same-sex couple’s wedding and sent the case back to the lower court in light of its ruling this term in a case involving a Colorado baker.

The court announced Monday it was vacating the ruling from the Washington Supreme Court and remanding the case back to the state high court.

One again, Christians and conservatives are celebrating a victory in the Supreme Court, but they need to temper their celebrations for now.

Yes, the Supreme Court did vacate the Washington Supreme Court’s conviction, and this is grounds for celebration. However, the case is not over as it has been sent back down to the very same court that upheld the conviction of Stutzman by the lower courts. The question is whether or not the state supreme court will take the warning message sent by the Supreme court and acquit Stutzman or will they try to stand their ground and re-convict her?