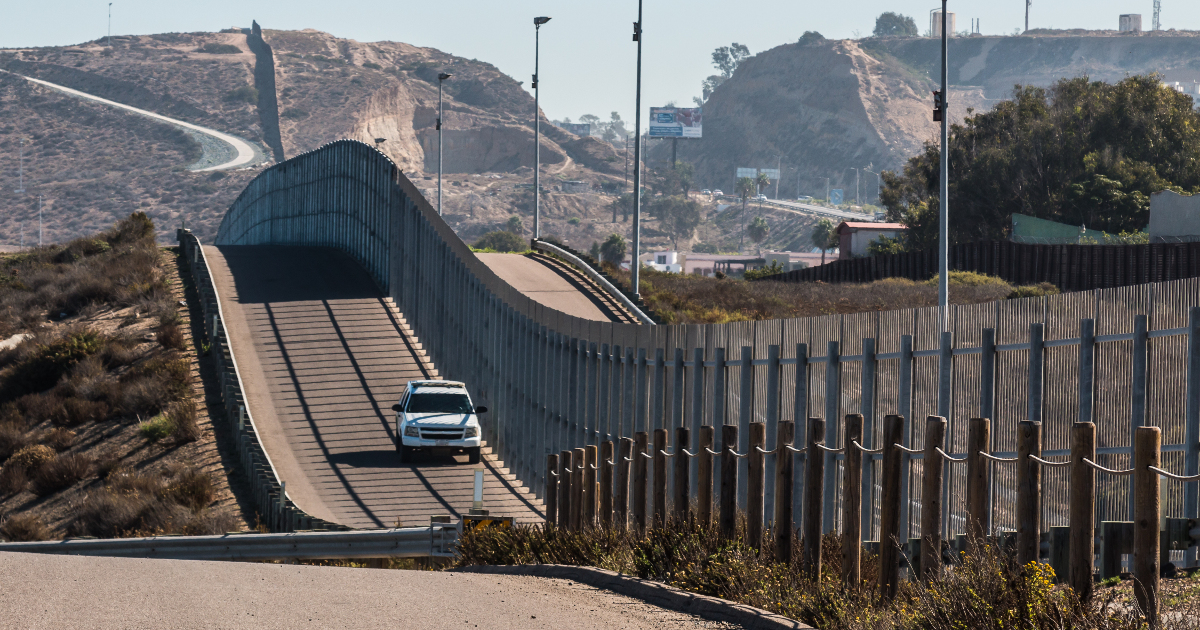 The issue of border security and illegal immigration has been around for many years. I lived most of my life in Arizona and have witnessed first hand the problems surrounding illegal aliens. Fifty years ago, I saw their camps in citrus groves and watched the changes from their hiding in the citrus groves to living in groups in homes in regular neighborhoods. I also witnessed how they trashed those homes, the yards and how it had a negative impact on the neighborhoods. As the illegal aliens moved in, often with 20-30 or more living in a single residence home, crime went up and property values went down.

The problem of illegal aliens and border security existed under both Democratic and Republican presidents. I had occasion to speak with a Border Patrol agent years ago and he told me that the biggest problems his agency faced was too much open and unprotected border with Mexico and too few Border Patrol agents. They didn’t have enough agents to both patrol the border and round up the many illegal aliens already here in the US. That was the problem he related to me about 45 years ago and the it’s the same problem today.

The only differences are that the Obama administration did more to hinder and exasperate the efforts of Border Patrol and the administration welcomed millions of illegals with open arms instead of enforcing our nations immigration laws.

America has an infestation of illegal aliens and you don’t resolve the infestation by getting rid of ICE (Border Patrol). First you have to secure the border by building some kind of barrier to stop illegal immigration and then you need to increase the number of ICE agents to help round up the millions of illegal aliens already here so they can be processed and deported.

Believe it or not, and against what the media is telling you, more and more Americans want more border security, not less.

A recent survey asked likely voters the following 2 questions recently as well as back in 2008 and the results is NOT what the media is trying to convince you of:

“1* Is the federal government doing enough to secure the border and reduce illegal immigration?”

“2* Generally speaking, which is better for the United States—to tightly control who comes into the country or to open our borders to anyone who wants to come here as long as they are not a terrorist or a criminal?”

“The latest Rasmussen Reports national telephone and online survey finds that 36% of Likely U.S. Voters believe the federal government is doing enough to secure the border and reduce illegal immigration. Just 11% felt that way in December 2008. Forty-eight percent (48%) feel the government is not doing enough to secure the country’s borders, down from 74% in 2008. Another 15% are not sure.” [Emphasis mine]

“Sixty-four percent (64%) of Republicans don’t think the federal government is doing enough to secure the border, a view shared by just 36% of Democrats and 46% of voters not affiliated with either political party. Still, just 44% of Democrats and 34% of unaffiliated voters think enough is being done to tighten border security.”

“Fifty-four percent (54%) of all voters say, generally speaking, it’s better for the United States to tightly control who comes into the country. Thirty-six percent (36%) instead think it’s better to open our borders to anyone who wants to come here, as long as they are not terrorists or criminals. Ten percent (10%) are undecided.”