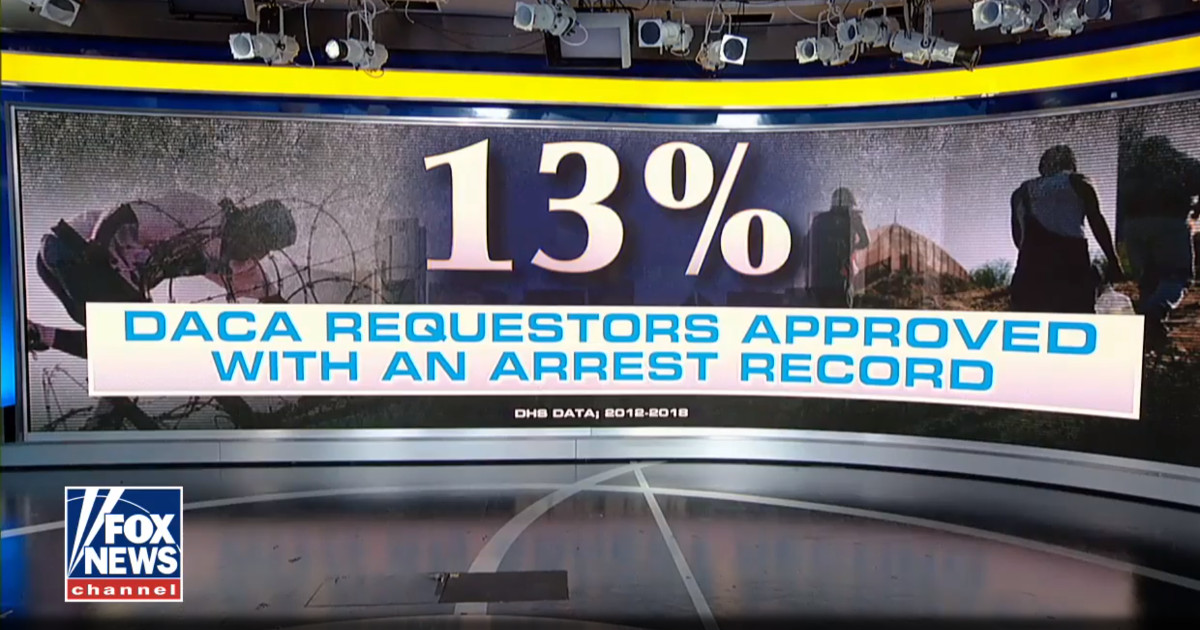 Remember when presidential candidate Donald Trump claimed that illegal aliens were criminals and shouldn’t be allowed to stay in the United States? Democrats and the mainstream media went ballistic, calling him a racist, bigot and hater, among others that I won’t repeat.

According to a new release by the Department of Homeland Security, about 60,000 DACA illegals have arrest records, with 10 of them accused of murder.

(Fox News) – Nearly 60,000 immigrants with arrest records — including 10 accused of murder — have been allowed to stay in the United States under the Obama-era Deferred Action for Childhood Arrivals (DACA) program, the Department of Homeland Security (DHS) revealed Monday.

According to DHS, 59,786 DACA recipients have been arrested while in the U.S. — approximately 7.8 percent of all who have been approved to remain in this country under the program since it was created in 2012. Of those, 53,792 were arrested before their most recent request for a so-called “grant of deferred action” was approved. Another 7,814 were arrested after their request was approved.

One of the terms of the DACA program was that the illegals remain free from arrest and convictions, and yet, the Obama administration still approved nearly 54,000 with arrest records to obtain DACA protection, in a clear violation of the program. But then, Obama and his minions were never ones for keeping promises or upholding the law.