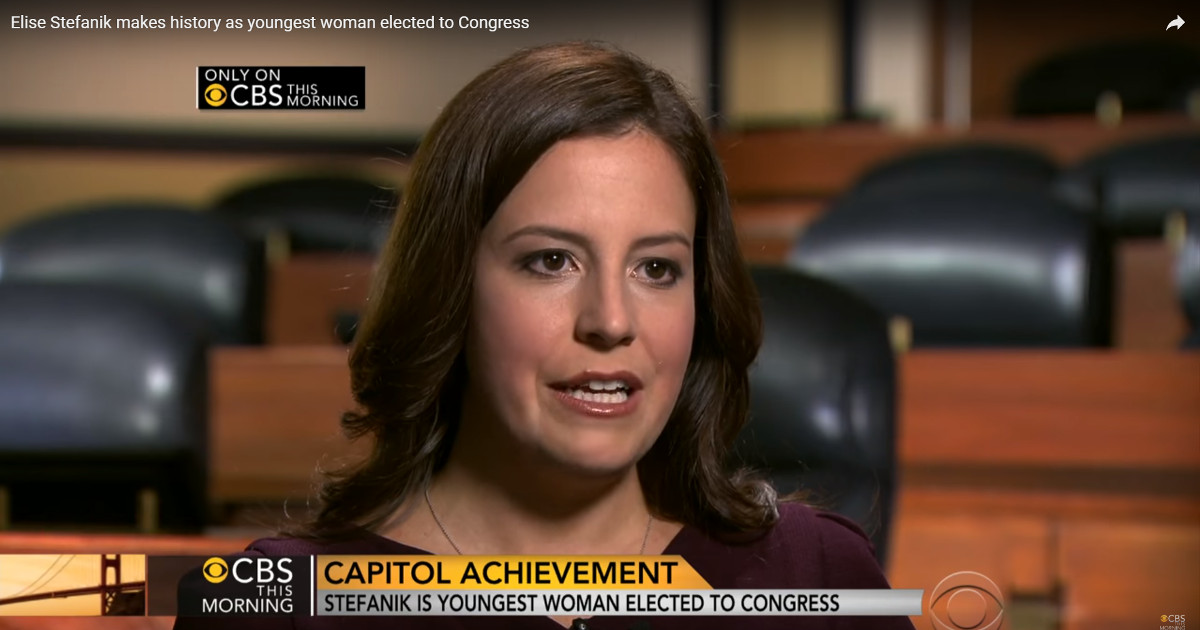 For how many years has the Democratic Party called themselves the party for women voters and have garnered the women vote in key elections?

Never heard of her? She is the Rep. from New York and the first women to hold the honor being selected to as the recruitment officer for the Republican Party in the House and it seems she’s doing a great job.

(Liberty Nation) – Conservative women are moving from behind the scenes in key operative positions to bonafide candidates for Congress, winning state primaries and setting sights on the November elections. Currently, there are 95 Republican women running for House seats — more than double that of the 2016 election cycle — and we should thank Representative Elise Stefanik (R-NY) for her record-breaking recruitment efforts.

Stefanik, 33, was installed by the good old boys in the GOP, as the House’s candidate recruitment agent; the first woman to hold the position. A rising star in the Republican Party, Stefanik exhibits an energy akin to then-candidate Trump of 2016, relentlessly pounding his message on the campaign trail. Her determination has paid off for women and conservatives.

Jesse Hunt, spokesperson for the National Republican Congressional Committee, is almost giddy in his assessment of Republican women in the fight:…

With Stefanik’s recruiting skills, it’s possible for the Republican Party to become the political party for women voters across the nation and since more women tend to vote, than men, it could make the difference of who controls not on the House, but also the Senate and White House. Now if black Americans would realize that Trump and Republicans have done more to help them in 15 months than Obama did in 8 years, the GOP could rule for many years down the road and save America.