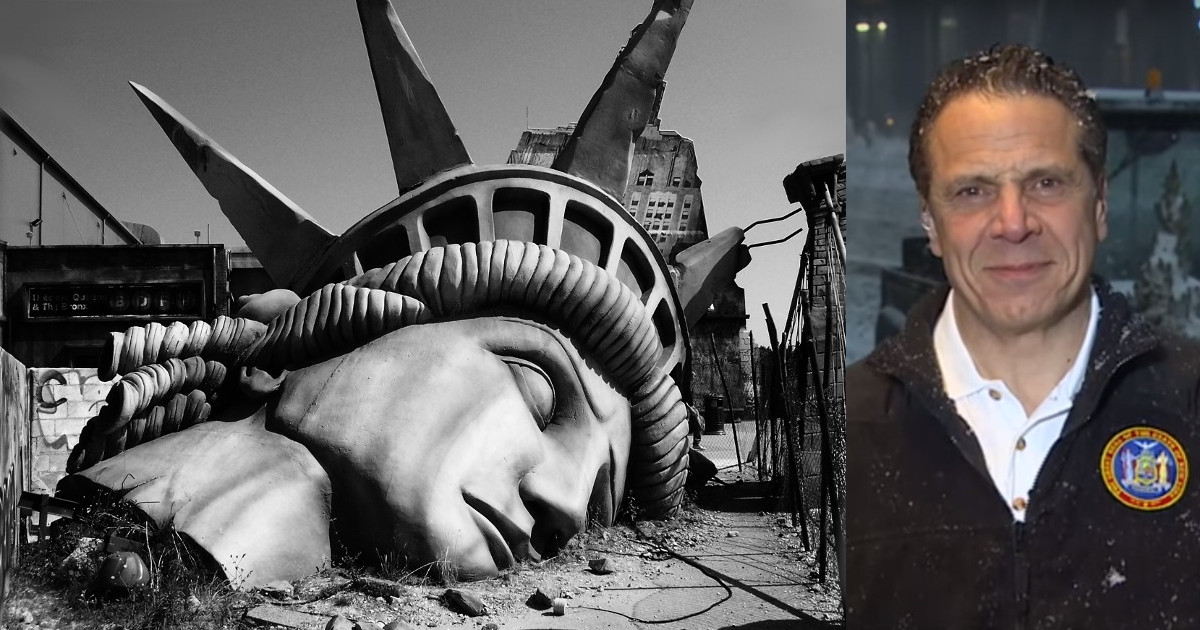 How much do you know about Andrew Mark Cuomo and what he is trying to do to his state and America?

He is the eldest son of a New York Attorney, Mario Cuomo, who later became Governor of New York from 1983 to 1994. Following in the footsteps of his father, Andrew also became an attorney who eventually worked as an assistant district attorney in New York.

In 1993, Cuomo was appointed to be the Assistant Secretary of HUD (Housing and Urban Development for Community Planning and Development), under President Bill Clinton.

In 1997, Clinton appointed Cuomo to serve as his HUD Secretary and he served in that position through January 20, 2001, Clinton’s last day in office.

In the 2006 election, Cuomo ran for and was elected as New York’s Attorney General, a position he held through 2010.

In the 2010 election, Cuomo ran for and was elected as New York’s 56th Governor, again following in his father’s footsteps.

Andrew Cuomo is not necessarily a typical Democrat. I would describe him more of a hyper-socialist Democrat who, like Obama, is using his position to force his socialist agenda and policies upon the citizens under his oversight.

To begin with, he is so anti-gun that he has been pushing hard to make the private ownership and possession of any kind of firearm as difficult at possible. Not only is he a champion of gun control, but if given the legal chance, he would ban all firearms in the state, except for police and security personnel.

In one of his more recent political moves, Cuomo is pushing a state measure that would allow teachers to spy on their students and then run to a judge to request that the student’s parents have their guns taken away. All it takes is for the teacher to determine that the student is a threat to themselves or others and they petition the court and no more guns. It doesn’t matter if there is a true threat or not and it has no bearing on how good the parents are or if they keep their guns locked and secured. It only matters with what the teacher thinks and with so many activist teachers these days, allowing teachers to decide if a person’s Second Amendment rights are violated or not is a very dangerous system. It reminds me of how Nazi Germany had friends and others spying on each other and reporting them to the authorities.

Cuomo’s anti-gun agenda saw him push banks and insurance companies to stop providing any services to the National Rifle Association. Several days after the New York State Department of Financial Services slapped several insurance companies with large fines for being part of an NRA liability insurance program offered to gun owners, the NRA filed a lawsuit against the state agency and Gov. Cuomo.

Cuomo has also been busy trying to buy votes for Democrats including himself. He fully supports sanctuary status for illegal aliens and recently offered free legal service to an illegal facing deportation.

He also granted conditional pardons to thousands of convicted felons who were out on parole. His move restores the voting rights to over 24,000 convicted felons, who had lost their right to vote when they committed their crimes. The pardons will be determined by the Department of Corrections and Community Supervision who will review about 2,000 parolees per month. If they believe the parolee is behaving well, the review committee will forward the recommendation for a conditional pardon to the governor’s office.

It should be noted that the conditional pardon does not clear the felon’s record not does it restore the right to own or possess a firearm, JUST the right vote.

When you look at many of the things that Cuomo is doing, he is definitely trying to do whatever he can to change and destroy his state and America.